Important Transfers in Soccer This Week

Those who bet on soccer must be having a pretty exciting week as we are seeing a lot of newsworthy transfers in soccer. Let’s take a look at some of these transfers, from Zlatan Ibrahimovic to Steven Bergwijn. While there are a lot more transfers and trades happening, here are some of the more popular transfers.

First, we have Juventus who will be announcing Angel Di Maria. Di Maria’s contract with Paris Saint-Germain expired back in June, and the Argentinian will be flying to Turin to start his medical exam and sign his contract. The deal is for a year, up to the summer of 2023.

Transfers in Soccer: Trades and Rumors 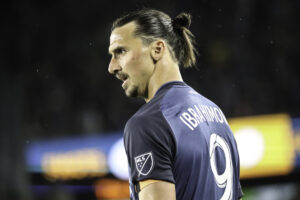 There are also some other negotiations happening, with Charles De ketelaere gaining interest from clubs such as Leeds United. De Ketelaere will be staying with AC Milan. Tottenham is also gaining attention for transfer news with Djed Spence potentially returning to the Spurs. You also have Matthijs De Ligt, who wants to leave Juventus. Since he was an expensive acquisition for Juventus, clubs such as Bayern Munich and Chelsea will have to make a good offer. For more soccer news, such as the World Cup host cities, check out our soccer news page.

Get the Best Sports Betting Software with Price Per Player Here!