In the latest in internet gambling news, we have the announcement on the FIFA World Cup 2026. The next round of the World Cup after Doha will be in the United States, Canada, and Mexico. The North American countries will be hosting various legs of the prestigious tournament. But the venue is not the only thing that will be new in this tournament.

Those into soccer betting will be glad to hear that there will be a new format where there are 48 teams that will feature 80 matches. Basically, compared to the old format, we will have 16 more teams, as well as 16 more matches. This is also the first time that three countries have joined efforts to host the tournament. 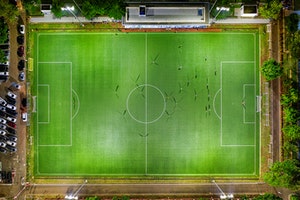 Your bookie pay per head software will be taking care of all the lines, so you will not need to worry. But so far, the 2026 World Cup will have three regional hubs: West, Central, and East. The US will get 11 total venues, Mexico will have 3, while Canada will have 2. The number of games for each venue, as well as the opening and closing venues are still not finalized. While the venues can still change, this is what we know so far.

For the East Region, we have the BMO Field in Toronto Canada, the Gillette Stadium in Boston, Massachusetts, the Lincoln Financial Field in Philadelphia, Pennsylvania, the Hard Rock Stadium in Miami, Florida, and the MetLife Stadium in New York/New Jersey. The Central Region will have the AT&T Stadium in Dallas, Texas, the Mercedes Benz Stadium in Atlanta, Georgia, the Arrowhead Stadium in Kansas City, Missouri, the NRG Stadium in Houston, Texas, the Estado BBVA in Monterrey, Mexico, and the Estadio Azteca in Mexico City, Mexico.

Lastly, the West region will have the BC Place in Vancouver, Canada, the Lumen Field in Seattle, Washington, the SoFi Stadium in Los Angeles, California, the Levi’s Stadium in San Francisco, California, and the Estadio Akron in Guadalajara, Mexico.

Get the Best Sports Betting software with BetOnline.ag Here!

How to Open an Online Sportsbook