The Olympics is one of the biggest sports events, with countries bidding for the opportunity to host the prestigious event held every four years. And hosting the Olympics is no small task. The logistics needed to pull of a smooth run of such a large global sports event is vast- from financial aspects, location, and other resources. And the Vancouver Olympic bid may be in trouble for that specific reason.

Many online gambling websites as early as now are looking at the Olympic events, from qualifier events to the actual event details. And the 2030 Winter Olympics still has little details released by the International Olympic Committee. 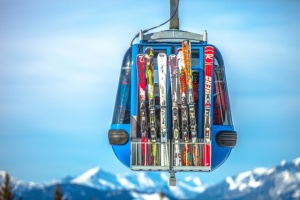 The council will need details should Vancouver bid for the upcoming 2030 Winter Olympics, the host should be able to show plans for funding, operations, governance and other programs. Vancouver has a deadline of February to submit their bid. This is quite a short deadline, considering that the previous party in charge of filing for the 2010 bid had 6 years to get ready. Those who want to be successful bookies by 2030 should get started as early as now and become an online bookie.

Meanwhile, the British Columbia stakeholders are in the process of exploring the bid- scouting locations, sources for funding, logistics, and other matters. They hope to be able to finalize agreements within the timeframe set by the IOC. Aside from local level government participation, the senior government must also show its support and participation. Vancouver will already be host to a few other major sporting events in the near future, such as the 2023 Laver Cup, the 2025 Invictus Games, as well as the 2026 FIFA World Cup. If you want to know how bookies make money, its from taking wagers not just on regularly-occurring sports events, but on special events previously mentioned as well.

Get the Best Sports Betting Experience with BetOnline.ag Today!