The final table of the World Series of Poker is set. There will be ten WSOP 2022 Main Even players that will vie for the championship gold bracelet. Also, the winner will earn $10 million.

According to online poker news reports, the final table will be divided into two parts. The first one will be on Friday. Then, play will resume the next day until a winner emerges from the field. 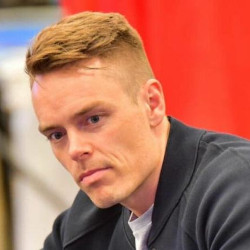 Here are the final table players for the WSOP Main Event. The first one is Espen Jorstad, who won his first bracelet earlier in the series. Before his Final Table appearance, he won a total of $266,860 in live tournaments.

Matthew Su is the least experienced player at the final table. His best finish is 43rd place at the 2021 WPT Five Diamond World Poker Classic.

Matija Dobric might have a thin tournament poker resume, but he does have many Main Event appearances. He started his professional career in 2016 and has been in search of his first championship bracelet.

Aaron Duczak is a recreational poker player from Canada. He won $423,887 from live tournaments, including 36 World Series of Poker tournaments.

James Eames is one of the poker veterans at the final table. Although he hasn’t won a bracelet yet, he won a WSOP ring in 2014.

Adrian Attenborough is one of the poker millionaires with $1.4 million winnings from live tournaments. According to casino pay per head service providers, Attenborough’s best finish in WSOP is second place at an International Circuit event.

Michael Duek had several big wins this year. According to online gambling reports, he earned $651,300 from live tournaments. Also, his latest tournament result is third place at the Pot-Limit Omaha Eight-Handed Championship.

Jeffrey Farnes is another recreational poker player at the Main Event final table. However, playing poker is only a hobby as he works as a consultant during the day.

Asher Conniff won $2.9 million from live tournaments. Also, he is one of the most popular players at the final table. Aside from a WSOP right, he also won the 2015 WPT World Championship.

Last but not least is Philippe Souki. He worked his way from the shortest stack during the last day of the competition to qualify for the final table.

Those are the nine players vying for the $10 million first prize. On the other hand, the last placer will earn $675,000.