Gambling revenues in Macau are down 68% 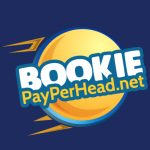 Last Wednesday, the media reported that gambling revenues in Macau are down, but what is really happening?

Since 1850, gambling has been legal in Macau. In that sense, tourism that attracts gambling has always been the biggest source of income for the place. But, on June 1st, Macau reported about the drop in its monthly income, the worst since September 2020. A period characterized by the Covid-19 pandemic influence.

Gambling reports released by the Macau Gaming Inspection and Coordination Office say gross revenues have fallen near 44% in 2022. This represents a reduction from $5.258 million to $2.945 million.

To give an idea of ​​the size of the losses, profits fell by almost 87% compared to 2019. Although the market has been recovering this year, the process has been very slow. As an example, revenue increased 25% in May, after falling 68% in April and 56% in March.

Certainly, the crisis has triggered the closure of several commercial establishments that depend on the economy of the place. In fact, at least 8 casinos are expected to close their doors in 2022.

Glenn McCartney, an associate professor at the University of Macau, said: “Macau is the most tourism-dependent city in the world.” This implies that casino taxes represent almost 80% of local government revenue.

This scenario is the result of the restrictions imposed by the Chinese government to prevent the further spread of Covid-19. Likewise, the mobilization of Chinese citizens, inside and outside the country, has been limited. In short, Macau has been very affected, taking into account that the majority of tourists comes from Mainland China.

Casino operators in Macau are facing a liquidity crisis

According to Morgan Stanley and Goldman Sachs, this year, gaming companies have spent an average of $12 million daily. Based on Sanford C. Berenstein Ltd.‘s gambling insight, most operators could survive up to two and a half years.

According to Sportsbook Pay Per Head Industry news, the Chinese government has a background of criminalizing gambling. Even though gambling is allowed in Hong Kong and Macau, it’s a practice they don’t condone, which is a challenge for Macau

But, to ensure the survival of the region, the Legislative Assembly of Macau will review restrictive bills related to the gaming industry. This includes a 5% tax reduction on casino games, to attract foreign players. Lei Wang Nong, Secretary of Finance and Economy, said previously closed satellite casinos will not be included.