With two days left to pass the sports betting bill, lawmakers are still negotiating for a compromise. However, all indicators point to the failure to agree. According to sports betting news reports, the committee has been working for more than a month to develop an amicable bill that combines the versions approved by both chambers.

The lawmakers have until July 31 to submit a bill to Governor Charlie Baker. The governor has been a vocal supporter of sports betting in Massachusetts. If lawmakers fail to come up with a compromise, they must tackle the topic again next year.

According to betting software solution experts, committee members have been tight-lipped in their discussions. Also, only their leaders made their comments to the public. However, Senate President Karen Spilka is hopeful that they can come up with a universal bill before the session ends. Also, she accused her colleagues from the House of playing hardball. 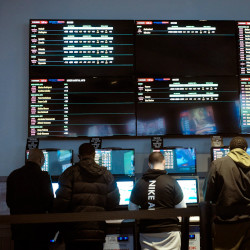 In addition, the House Bill will place a 15 percent tax on sports betting. On the other hand, the Senate Bill wants to put a 35 percent tax on the activity. Despite having a lower rate, the House bill is estimated to bring more tax revenue of around $60 million to $70 million annually.

Representative Aaron Michlewitz is hopeful they can come up with a compromise bill. However, they only have a day to do so. The likely account would leave out betting on in-state colleges.