Tour de France betting fans will be pleased to see their favorites for the cutthroat competition. And after 18 stages of the tour, Jonas Vingegaard may just win the top prize as defending champion Tadej Pogacar bowed out in the Pyrenes. Vingegaard also won in the Haucatam mountain, which gave him a 3 minute and 26 second lead.

So sports betting picks from expert handicappers may be putting him in as a favorite to win the race because the lead will be hard to beat, unless Vingegaard will fall or injure himself as he races his way to the Champs Elysees this Sunday. Of course, with a few more days before the event, much can still happen, so the Dane does not want to celebrate too early. 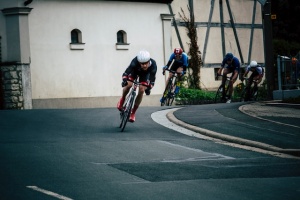 This has been a very exciting race that pay per head sportsbook bookies have been keeping track of. Pogacar initially won three stages, plus led the race by stage seven. Vingegaard took over in the lead in the Alps. As for Vingegaard, his performance, as well as his fellow competitors, has been good.

Pogacar has been doing his best to catch up and gain the lead, but at some point, misjudged a corner. Vingegaard was able to cut inside him, which unsettled Pogacar, causing him to wobble and fall into a gutter. Injured by the fall, he picked up his bike, and did his best to catch up. Vingegaard, despite his lead, waited for his rival. Of course, this goes a long way in cementing true sportsmanship, and a show of respect for his rival. Aside from the two, Ineos veteran Geraint Thomas is still in the third place, but eight minutes behind the leader, so there will be much to catch up on. Thomas has a three minute lead from fourth-placer David Gaudu.

Get the Best Bookie Software with Price Per Player Here!