The Jacksonville Jaguars will face the Cincinnati Bengals in Week 4 of NFL action. People who bet on the NFL see Cincinnati as the favorite with odds of a -335 money line and -7 spread. However, can they cover the spread as the hosts? Find out our sports betting picks for the Jaguars vs Bengals game.

The NFL game will take place at the Paul Brown Stadium. Pay per head service experts expect it to be a high-scoring ballgame. As a result, the over/under odds changed since its initial release. During the start of the week, the total was 45.5 points. However, it is now at 46.5. Sportsbooks can still change the total until the beginning of the game.

Jacksonville vs Cincinnati Analysis and Prediction 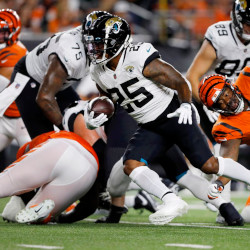 Jacksonville fans are unhappy with the way the team started the season. They are currently on a three-game losing streak. Also, they gave up 30 points each game. Then, last week, they lost against St. Louis at home.

Jaguars rookie QB Trevor Lawrence is still adjusting to the professional playstyle. Also, the team hired Meyer as the new coach to mentor the young quarterback. However, the new coach and quarterback are having a hard time early in the season.

According to gambling software reviews, Jacksonville gave up 302 passing yards per game. Also, they have the worst defense that Cincinnati has to face this year.

The difference between Cincinnati and Jacksonville is night and day. The former has a star quarterback in Jack Burrow. Also, the Bengals have a more vigorous defense that could be the difference in the matchup against the Jaguars. Furthermore, they lead the AFC North with a record of 2-1.

It is hard to determine if Cincinnati can cover the spread. Thus, we suggest betting on totals instead. The teams will score many points and can easily cover Over 45.5 points.