The Cleveland Guardians don’t give up easily. The Minnesota Twins know it. Game 4 of the Twins vs Guardians series ended with Cleveland scoring four runs in the 10th inning to come from behind 7-6. Here are our betting picks and predictions for Thursday’s finale of the five-game series.

Cleveland won against the Twins on June 22, 11-10, with four runs scored in the ninth inning. According to baseball news reporters, the Guardians showed they are resilient. The team sticks together until the end of the game.

Part of the long term plans of a bookie business is to provide good odds. The money line for the game is: 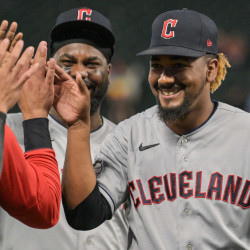 Starting for the Guardians is Shane Bieber. He has a 5-1 record and an ERA of 3.46 in 13 appearances against the Twins. It included 12 appearances as the starting pitcher. On the other hand, Chris Archer will be on the mound for the Twins. Cleveland drafted Archer in 2006 and got traded before reaching the majors to his current team.

According to sports betting tutorials and news sites, Cleveland won the previous game with two outs in the tenth inning. Josh Naylor hit a two-run home run to earn the victory for his team.

Minnesota has ten home runs against Cleveland in the first four games of the series. On the other hand, Cleveland has one. However, it will be Naylor’s homer that sports fans will remember. According to Guardians manager Terry Francona, there’s nothing they can do about his team’s lack of power.

Bet on Cleveland Guardians at -145

Our MLB expert pick for the game is on the Cleveland Guardians. They have the momentum and will likely come up with the win on Thursday.